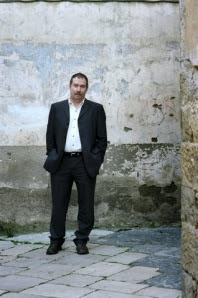 Today I am delighted to spend a little time at Charles Lambert’s. Hot on the heels of wishing him and Giuseppe every happiness, following their civil partnership clebrations, I decided to natter a bit in defence of same-sex relationships, as one of my characters - an old guy called Judah Jones, might have a happier life than the one he has to lead in The Coward’s Tale if...

but you’ll have to get over there to read what I wrote!

(Photo credit: Patrizia Casamirra)
Charles is English, and has been living in central Italy since 1980. His début novel 'Little Monsters' was published by Picador in 2008.  A collection of short fiction, entitled 'The Scent of Cinnamon and Other Stories',  is available from Salt Publishing - the title story was  selected as one of the O. Henry Prize Stories 2007.

His second novel, 'Any Human Face' was published by Picador on 7 May 2010.  Charles dropped into this very blog last year to talk to me about 'Any Human Face', the second in a trilogy. 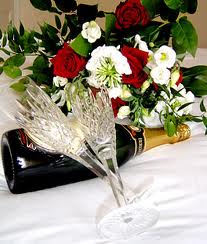 Here's a few flowers and champers for Charles and his partner Giuseppe....why? Get over there and read!