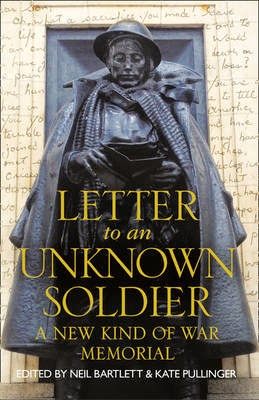 A new kind of war memorial, the brainchild of Neil Bartlett and Kate Pullinger, went live earlier in the year. Focussing on the statue by Charles Sargeant Jagger on The Great Western War Memorial at Platform 1, Paddington Station, this was an initiative which, like the ceramic poppies at The Tower of London, burgeoned into something bigger than at first envisaged. The statue represents a Tommy in a hand-knitted scarf reading a letter. The public were invited to write that letter...
The initiative, pump-primed by 50 well known writers, attracted a huge response.  Almost 22,000 letters came in, up to the closing date of 4 August 2014.  Some direct into the website. Some handwritten and posted 'To the statue, Paddington Station.' The posties got to know where to send them. Letters from all over the world.
Letters from children, from adults of all ages, the very old,  letters from veterans and serving soldiers, from politicians and teachers. From writers too.
Initially, that was it - the website where all the letters are available to read, and subsequently archived by the British Library - a clever war memorial for today. But then along came publisher William Collins,  and the anthology was born. 120 of the letters were selected for multifarious reasons, and bound in a rather great hardback.
Unindexed, you have to read wherever the book opens. You might stumble across a letter from Ed Milliband or Dawn French, Stephen Fry or a ten year old schoolboy. From 1914 Sikhs or a schoolgirl, Benjamin Zephaniah, Daljit Nagra or Andy McNab. Mark Haddon. Or David Cameron. And a mass of others, including 10 Anons, and one by me.
Here it is on the Book Depository: http://www.bookdepository.com/Letter-Unknown-Soldier/9780008116842

And here is the start of my letter:

Things you do not know:
When you leave, you will leave a child, growing. When night falls on the day you die, your officer will write two letters to two families, your and his own. He will say to his mother that he has never had to write a letter like that. He has never knowingly lied before. He helped three of his men bury what was left. He will ask does his mother think, under the circumstances, he did the right thing when he said 'it was quick'? 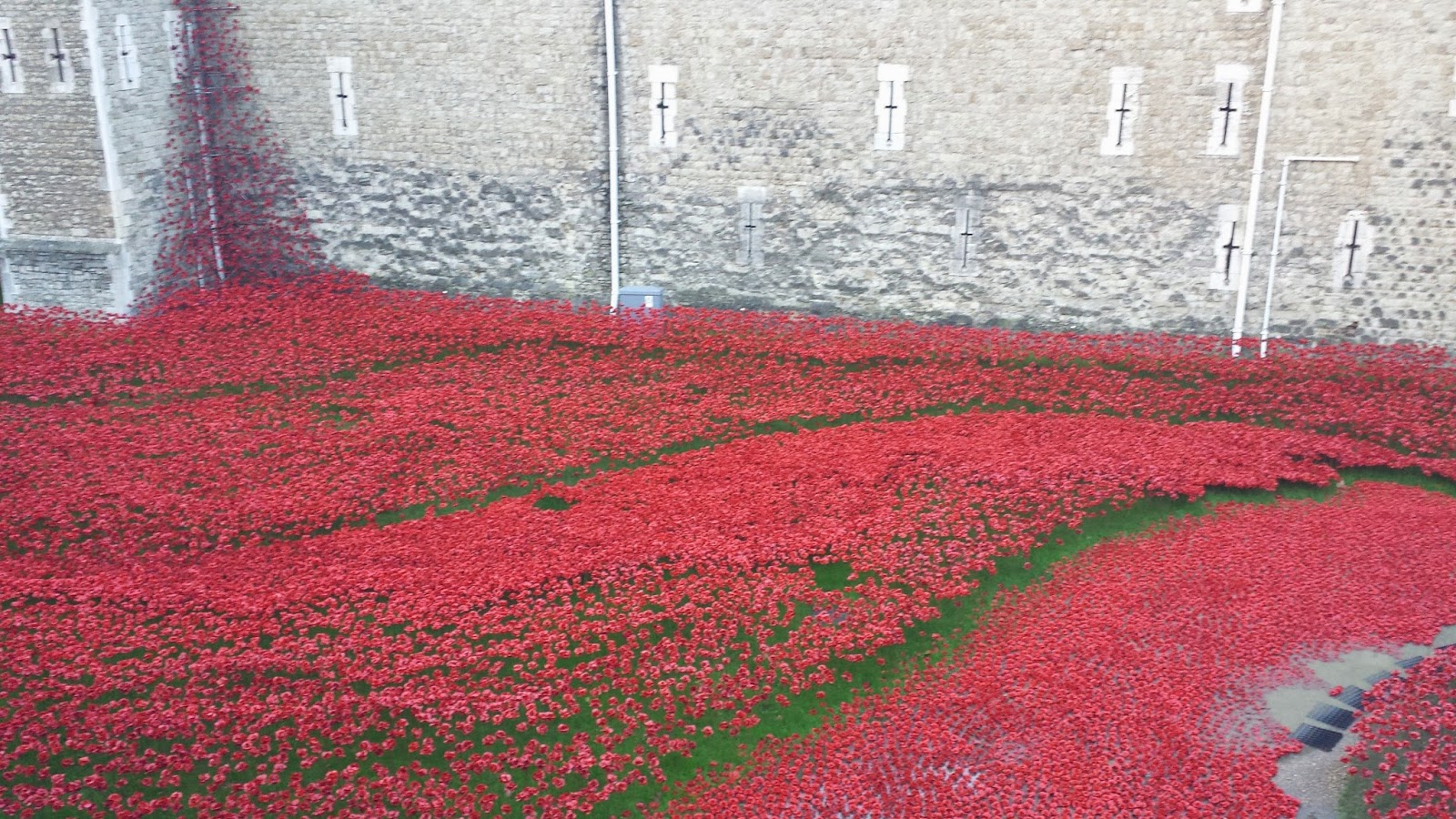 A few weeks ago, I went to see another memorial - Blood Swept Lands and Seas of Red - the ceramic poppies filling the moat of the Tower of London. Because each poppy was intended to represent one death of a British soldier in WW1, I waited to go on the penultimate day when all but one or  two were in situ. It was an extraordinary sight, and one I won't forget. 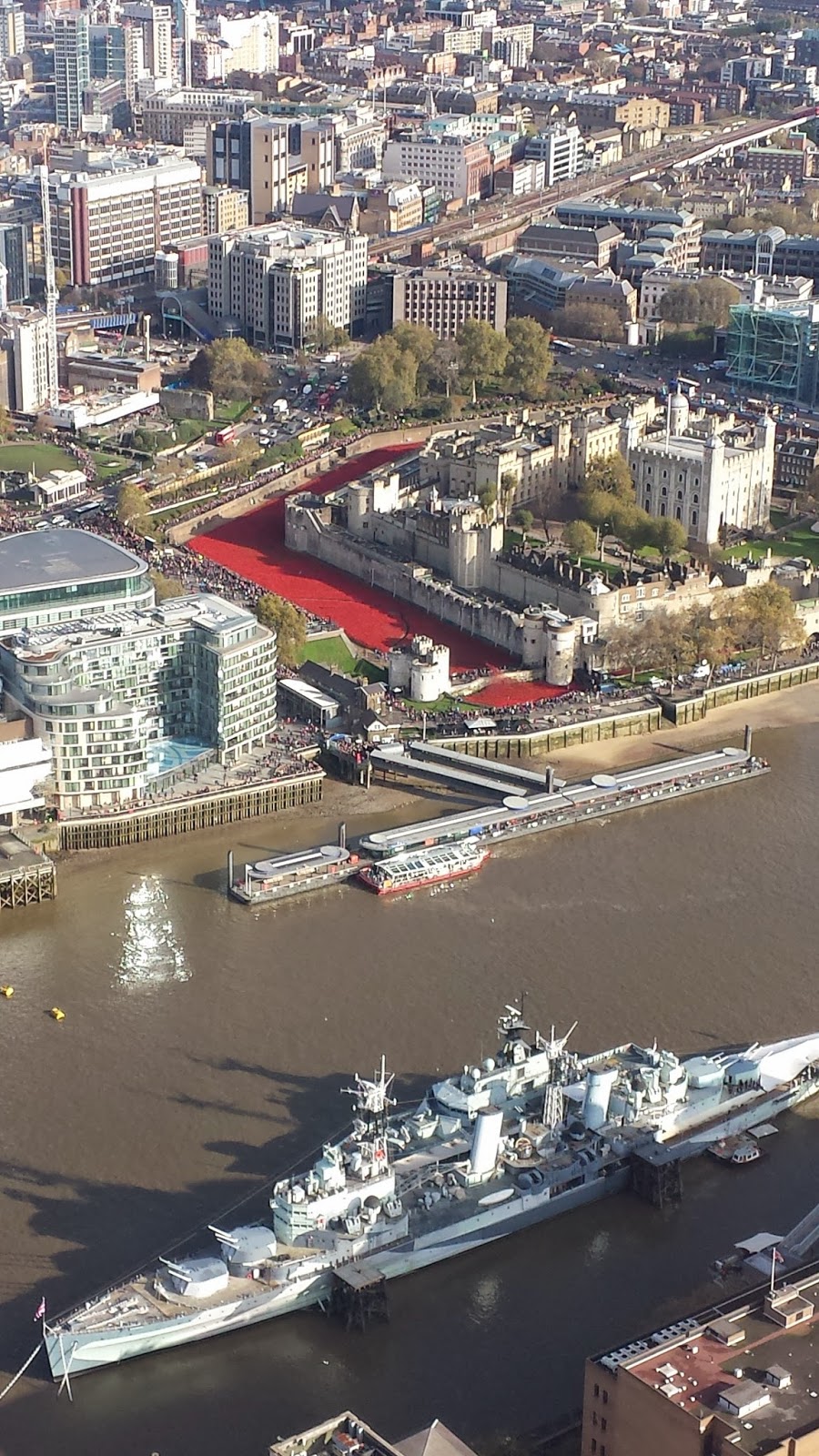 It is a brilliant work of art. It looked extraordinary  from ground level, and even more extraordinary from The Shard - the day was so sparklingly clear on Monday 10th November that it was worth spending the cash to travel up in a lift to grab the views. But for me, something was missing.
The way they'd allowed the installation to be used for political purposes by the Prime Minister for example, and Ed Milliband - who happened to plant poppies surrounded by a battalion of the world's press -  cheapened it for this viewer. A shame. That overshadowed the day.  But a brilliant work of art, still.

On 11th 11th, we spent most of the day at Seaford, starting with a service at a windswept cemetery which contains the graves of men who died at the training camp in WW1. They include the graves of soldiers from the West Indian Regiment who died of the flu. You can read a somewhat disturbing account of how we used the West Indian Regiment here: http://www.thehistorypress.co.uk/index.php/updates/cat/blogs/post/unsung-heroes-of-the-First-World-War

There are also the graves of two Irish soldiers who drowned off the beach a matter of a few weeks after arriving: one got into trouble, his friend tried to save him and they both drowned. And another - the grave of a man who was known to be a dreadful bully, and who made the lives of the new soldiers hell. He was shot by one of those young soldiers, who gave himself up immediately. And oddly, he was only given a three year prison sentence...

We then joined the members of the Seaford branch, Royal British Legion in their club for lunch.
I was particularly moved to meet an Irish veteran. For the last twenty years, he told me, the Irish Veterans  had marched at the Cenotaph on Remembrance day, and laid a wreath. This year, they had not been allocated any places in the line-up, or on the march. Thinking it was an oversight, he had repeatedly tried to contact the organisers to rectify the situation, to no avail.
Watching the ceremony on the television, they saw the Irish Prime Minister laying a wreath, for the first time.

Again, a political move, this time sidelining veterans in order that someone might make a political statement. A shame.

The evening was spent in Brighton University, invited with Neil Bartlett of Letters to the Unknown Soldier fame, and many other fames,  to a literary salon called Remembrance, Resistance and Writing. The invitation came from writer-in-residence Clare Best.
The event opened out the resistance I'd been feeling to how these things can be manipulated. Neil was very impassioned about Remembrance - very keen to show that without action it becomes questionable - "yes, he said, you are moved by these things. And?"

He pointed out how poor it was that the organisers had not protected the Tower art installation from exploitation.  How easy it is to manipulate a population...as an example,  he cited an image that I'd found disturbing since Remembrance Sunday - a child in uniform placing the final poppy at the Tower.
I asked the student audience to place that image alongside the recent 'Passing Bells' - a series on the BBC aired in the evening, aimed at young people. The reconstruction of battles was so pretty, so bloodless, literally - lots of smoke, lots of men lying in artistic poses on the ground afterwards - with not so much as a cut. No shattered limbs. No split skulls. No blood. No bone.
And according to the BBC, there was utter silence after the first day of the Somme, apparently. Maybe not utter - a few slight groans from a few perfectly whole men in shell-holes - as if they had hangovers.

Not good enough. Bringing up a generation of kids to think that war is not as terrible as it actually is. And patronising in the extreme - most of the viewers of that programme have far more violent and bloody games on their phones.