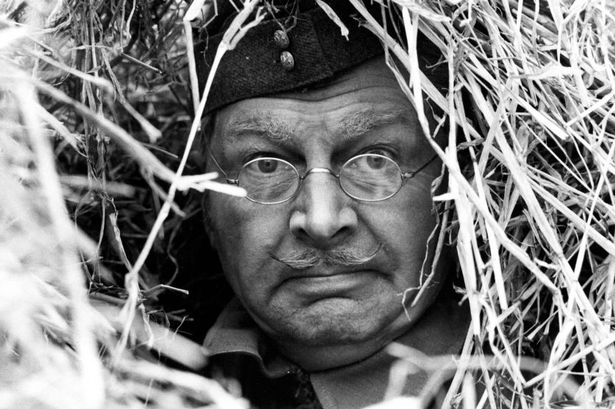 One of Sarah Waters' Ten Rules for Writing Fiction from The Guardian in 2010, begins thus: 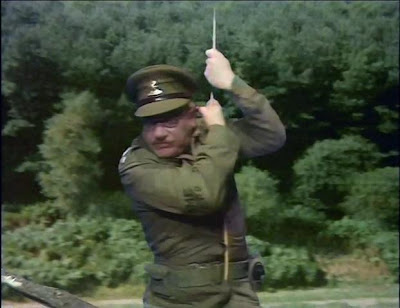 'Don’t panic. Midway through writing a novel, I have regularly experienced moments of bowel-curdling terror, as I contemplate the drivel on the screen before me and see beyond it, in quick succession, the derisive reviews, the friends’ embarrassment, the failing career, the dwindling income, the repossessed house, the divorce . . .'

In the Beginning - a visit from Calum Kerr

I'm delighted to welcome Calum Kerr to the blog today as part of his tour celebrating the publication of his rather smashing collection,  Lost Property, published by Cinderhouse. 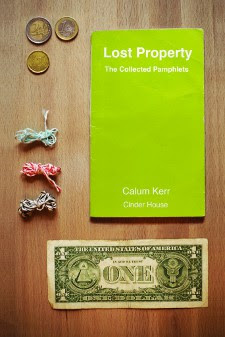 I remember so well when I first met Calum, a writer and teacher whose name has now become synonymous with flash fiction and most importantly, the UK's National Flash Fiction Day... because he started it.
So many congratulations on the latest publication, thoroughly recommended for those who like engaging little stories that leave you wanting more! And look - a story just for you... 'Pluck' is below, as a taster. Off you go, Calum...

IN THE BEGINNING
I can tell you the exact date on which I started writing flash-fiction. It was 14th November 2009.
Actually, that’s a lie. But then again, I’m a fiction writer, you should expect that. I recently came across the first ever stories I wrote and submitted to a magazine. This was in the late 1980s and they came in under 50 words, and were flash-fictions by any current definition.
So I have obviously been writing flash-fiction for a long time before 2009. However, that was the day on which I first heard the term ‘flash-fiction’ and on which I wrote the first stories which were consciously created to fit within that category.
It was at a conference in Southampton – a gathering of academics, teachers and writers belonging to the National Association of Writers in Education – and it was in a workshop being run by none other than Vanessa Gebbie.
Her session had caught my eye as I read through the programme, at least in part because the term was unfamiliar to me, but also because it was a rare practical session in amongst a lot of papers and presentations. At that point I hadn’t written anything for nearly a year and was eager to find a way back in. This could be it, I thought.
So I went along and I listened to Vanessa talk about this tiny form of story and all the possibilities that it contained. And then we were given an exercise and seven minutes, and told to write a story.
And I did... And when I’d finished it, I read over what I’d done and I was really pleased with it. It worked. At the time I didn’t quite know why it worked, but it did. When Vanessa asked for volunteers to read what they’d done, I raised my hand.
After I finished reading there was a moment of silence.
Now, there are silences and there are silences. There is the silence of ‘Oh my god, that was so awful, where do I look, what do I say...’ but thankfully this wasn’t that. It was a moment of respect for the story and of absorption of what had been revealed in around two hundred words, and then it was followed by applause.
Following on from such a long hiatus, this was a great moment of affirmation. I could still do this thing called writing, it seemed.
Further readings and discussion ensued, and then we were given another exercise. This time it was to respond to the scenario in an already existing flash-fiction, Tania Hershman’s ‘Plaits’. The guidance we were given was ‘your character is sitting in a cinema, the person behind is doing something to his/her hair, what is it and why?’
Again we were given just a small amount of time – eight minutes maybe – and told to write a story. I bent my head and started and then... I stopped. I had reached the middle of the story, my character was trying to find out why the person behind them was doing what they were doing, and I had no idea what the answer was. I gazed around the silent workshop room, letting my brain search for inspiration, and then it came to me and I burst out laughing at the image, disturbing everyone else. But I didn’t care, as they looked up, I was looking down, continuing the story and finishing it off.
Again, I was pleased with what I’d done, but I decided not to volunteer to read, as I had read my first story and didn’t want to hog the floor. However, once she had gathered a number of other volunteers, Vanessa turned to me with a pointed finger and told me, ‘And we want to hear yours too. We all want to know what you were laughing at.’
And so I read it, and when I reached the point that had struck me as funny, it did the same to everyone else. On that wave of laughter, my career in flash-fiction was born. I had managed, after months of nothing, to write one story which had made people think, and one which had made them laugh. This was something I could do!
What came next – my various writing projects (31 and flash365) and National Flash-Fiction Day – are well documented elsewhere, but that was the moment when I knew that I had found a way to free up my writer’s block and a form which suited my writing and my magpie mind perfectly.
So, what I think I’m trying to say is, if you want to blame anyone, blame Vanessa.
The two stories which were written in that workshop, after some editing, both ended up being published. And they have both been included in my collection, Lost Property. The first is entitled, ‘Salt’ and the second, reproduced below so you too can see what I was laughing at, was called ‘Pluck’.

PLUCK
“Ow!”
There was a sharp pain as a hair was pulled from my scalp.
I wanted to turn to see what had happened, but the cinema was full and I didn’t want to disturb anyone. I’d already been shushed for my exclamation of pain and surprise and I didn’t want to draw any more attention.
It was only when the seventh hair was pulled from my head that I turned to confront the phantom plucker.
She sat there grinning at me, six of the seven hairs held between the delicate fingers of her left hand. The seventh was still pinched between the thumb and forefinger of her right.
“What are you doing?” I hissed.
“Filling a mattress.” Her grin widened and she used a crooked little finger to pull a strand of her own long, dark hair away from where it had caught in the corner of her lip. The smile did not touch the seriousness in her dark eyes. She lifted a bag from her lap, placing my hairs inside it with a mass of others: dark, light, grey, red, dyed, long, short, curly, straight. She then stood and with loud "excuse me"s worked her disruptive way down the row and out of the cinema.
I stayed twisted in my seat and watched her go, not turning back until the man on my left tutted. 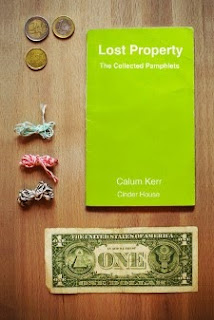 Bio:
Calum Kerr is a writer, editor, lecturer and director of National Flash-Fiction Day in the UK. He lives in Southampton with his wife -  the writer, Kath Kerr -  their son and a menagerie of animals. His new collection of flash-fictions, Lost Property, is now available from Amazon at http://www.amazon.co.uk/Lost-Property-Calum-Kerr/dp/095769850X/ref=sr_1_4?s=books&ie=UTF8&qid=1372940684&sr=1-4 or direct from the publisher, Cinder House, at: http://cinderhouse.com/product/lost-property-by-calum-kerr/
Posted by Vanessa Gebbie at 11:03 6 comments: