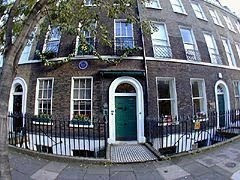 A great event on Saturday. An evening at The Dickens House Museum, in Doughty St, London, with readings from some of the authors shortlisted for the 2009 WH Short Story Prize, and a chance to tour this terrific little museum (the only house remaining in which Charles Dickens lived with his family.)
Great to see Stephen and Tess Moran, Anne Mullane and Lane Ashfeldt (organiser, partner thereof, supporters and benefactors of the WH Prize),
Great to also see/meet contributors Henrietta Rose Innes, Nuala ni Chonchuir, Tom Vowler, Wena Poon and Peggy Riley.
Great to see supporters Adam Marek, Julia Bohanna, Claudia Boers, Rob Shearman, Tania Hershman 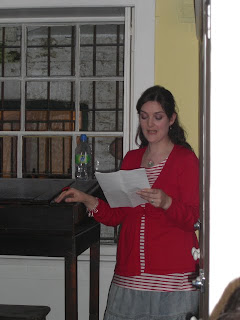 Nuala reading poetry in the back kitchen 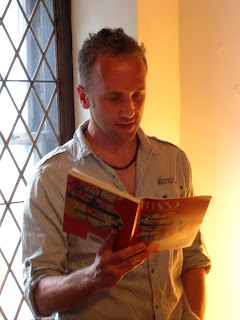 Tom Vowler reading in the library. 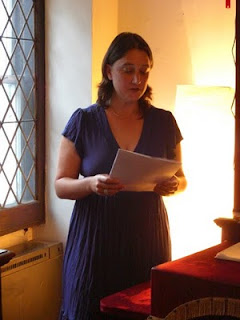 A private guided tour round this great place was followed by readings in the library and the back kitchen. Poetry from Nuala, and stories from the others. And the nailbiting moment where Mr Willesden Herald himself opened the envelope telling him and us who had won this year -
"The Architects" by Wena Poon is the winner. And equal runners up are: "Emily Strabnow's Freckles" by Willie Davis and "Falling" by Henrietta Rose-Innes. 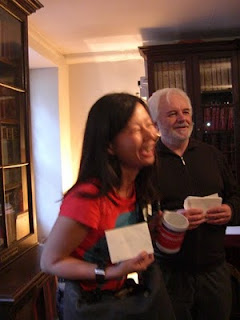 "In my next life I'm coming back as the brainy talented author of "The Architects." Talk about brazen, submitting a story about a contest to a writing contest. Does it work? Check. The focus might well be on writers—the same dynamics of love, jealousy, sex, and mentors, applies. New York City is captured in amber. Check. Foreign-born exiles get their due. Check. Authentic dialogue squeezes out sparks. Check. Jokes? Check. Do the juggled balls remain in the air? Check. Yes, I want to be this author, who like a sly child with an Erector Set creates miraculous buildings out of thin air." 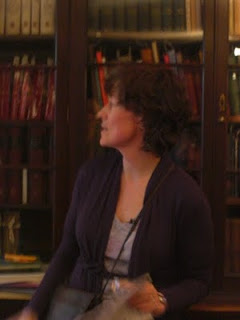 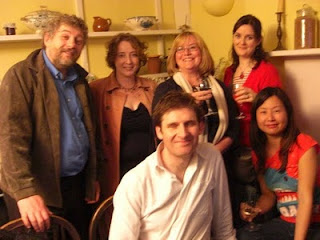 THE BLOG IS DEAD, LONG LIVE THE BLOG 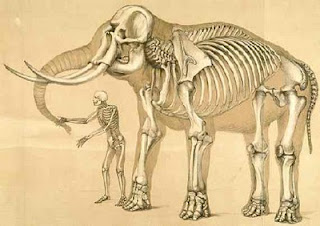 Finalamente, the old blog has died. You wouldn't know it to look at it, but believe me, it has died. It has to do with passwords to Google accounts, and therefore to the blogger account linked to said other. It has to do with changing passwords in the middle of the night, in Buenos Aires, worried about hacking, and forgetting I was jet-lagged. Forgetting said password, which was only remembered by Firefox...Thank you Firefox. Until I updated said browser, and zap. Gone.
So welcome to the new blog. And it allows a few changes. For a start, it allows me not to list 'followers'. So - if you wish to follow said blog, feel free. But your piccie will not appear alongside.
It allows a think about what blogs are for. Recent activity on my old one, inspired by another, was great, a discussion on cultural tourism. HERE, complete with elephant traps and a bit of flagellation.
So this blog will be for that, mostly. Interspersed with a bit of news.

Cultural Tourism and Writing Other:
I am not writing at the moment. Nor rewriting, although I can see that coming back soon. I am reading, when I can. In the last few days I have read Philip Pullman's 'Good Man Jesus and the Scoundrel Christ', and re-read most of 'Freedom', an anthology of short stories inspired by the Articles of the Universal Declaration of Human Rights. I have read, among others, 'The Wife', a short story by A S Patric, in Etchings, the rather good Australian Journal of fiction, poetry and artworks. And I have read Maggie Gee's memoir, 'My Animal Life', for the second time.
What strikes me about the first works here, is that they are all examples of writing 'other', in one way or another. Pullman inhabits two characters, Jesus and his twin brother Christ, in this rather disappointing retelling of the old Bible stories. His imagination allows him to leap two millennia and half the world. The publishers, Canongate, heading off some of the predictable (but all the same a marketeer's-dream) controversy, wrap the book in a cover that says 'THIS IS A STORY' in vast gold Bible-similar lettering, on the back. Well yes. Indeed.
I love 'Freedom', and the many stories within, written by such names as Ali Smith, nadine Gordimer, Joyce Carol Oates, Yann Martel, A L Kennedy, Petina Gappah, among others. I also love their ability to inhabit 'others'.
Ali Smith writes first person as Cameroonian male main character.
Marine Lewyke writes first person as a mid-European pimp involved in the white slave trade.
Yann Martel creates a Somali main character, and has him do some rather strange things in Canadian ski resort.... (best story here).
Nadine Gordimer creates a black main character.
Joyce Carol Oates creates Cesar Diaz, a challenging and damaged lad who has been 'turned in' by his own mother, and his lawyer, Zwilich, a man with his own issues.

It strikes me that their ability to cross boundaries, genders, colours, religions, is one of the reasons why these writers were asked to contribute to this anthology. Go for it, writers, but be aware of the elephants!
Posted by Vanessa Gebbie at 23:14 6 comments: