It is a while since I posted an update.

Things are fraught with my father, who is losing his grip on what’s what frighteningly fast. We are close, and have been all my life – it is rather hard. I haven’t felt much like bouncing about. The black dog follows me around quite a bit. However, Dad has a full time live-in carer now – so technically at least, I can get on with things. I see him or talk to him most days. There you go – it’s life.
If anyone has a relative who is going downhill mentally like this, there is a wonderful book entitled “Contented Dementia” which was recommended to me by Tania Hershman. I would like to pass on the recommendation, wholeheartedly. What it advises is counter-intuitive… but works a dream.

A few congrats and general nice things… to Jo Cannon for her forthcoming debut collection, which I will talk about when I can upload a cover image. And to Jo Cannon again, for her short listing for the Brit writer awards in the short story (adult) category. To the aforementioned Tania, for all the wonderful things that are happening, richly deserved… go to her blog for regular updates. To my friend Minnie as in Minniebeaniste for her lovely blog and occasional email natters, which are much enjoyed. I don’t visit regularly enough, but here is one blog that ought to win something… superb writing, fascinating topics, I always come away refreshed and fed. To Carys Davies for her stunning win at the Olive Cook Short Story award run by The Society of Authors, and to Susannah Rickards for her runner up place. Amazing achievements.

Novel Update.
I’m back on track, although there is a constant sadness behind what I do – editing or fresh bits and bobs. The novel was written for my father, really. I suppose I ought to have got on with it a bit faster. He won’t know it when its done, I suspect, although occasionally he looks at me sideways and asks how it goes.
However. Onwards and Upwards. It is currently sitting at 101, 500 and I need to cull 5000 wds, somehow. The novel now also has a new title.
Funny thing, the central image of the work has now been dropped, at least as an overt thing. And I realise the image as metaphor was just guiding me as I wrote… and it has been a fabulous guide. Here’s to Victorian machinery, and here’s to the next piece of work in which it will no doubt appear.
The whole manuscript has now been edited, format-wise, to get rid of too much white space (hard – I work with white space a lot, and in a short story it may work, but in a first novel, maybe not…). About one third of the book (c.34k wds) has been change from present tense to past. And other far more creative and important revisions are under way as well.

It might be interesting to find out what happens when the schedule goes awry as mine has…as my novel revisions and polishing are being done thanks to an Arts Council Grant for the Arts. When I had to stop working to the initial schedule, I contacted them immediately, and they were marvellous, and gave me an extra few months to complete the work. You need to keep to a timescale, or you don’t get the final 10% of the grant.
So, if this happens to you, get in touch with everyone who is mentioned on your grant paperwork, as soon as possible, as well. All the people who are helping, doing final readings, lending support in kind, etc. etc. Keep everyone up to speed.
I’m due to go to Anam Cara for the week or so paid for by the grant, in August. That’s great, but before then, I want to get at least 50 pages back to Maggie Gee for her wisdom and experience to comment on before then.
I hope to come back with a tighter manuscript, with all those little loose ends snipped off.


Short Story Collection. ‘Storm Warning’.
I’m not in the mood to put a collection of funnies out there, so ‘Ed’s Wife and Other Creatures’has been taken out of the new collection, due out in November. It is now a collection of stories about war and other conflict. How it affects people during and after, often for years. Two thirds flashes and one third stories, including the Fish prizewinner from last year – the title is ‘Storm Warning’, and Chris at Salt has produced the most stunning cover. Endorsements from generous lovely people like Rusty Barnes, Peter James and Tania Hershman. It is available for pre-order on Amazon.


‘Ed’s Wife’
This collection of micro-fictions is under consideration with another publisher – who cant publish at the moment due to the recession – but is hanging on to the project so the door isn’t closed, yet. That’s lovely.


Filling the well…
I remember being advised to take time out when you felt drained, and read, or listen or watch… so that’s what I’ve been doing, whilst keeping up the novel-editing schedule successfully.

Two plays
Among the lovely things I’ve had the privilege of seeing include two plays put on by Curving Road, courtesy of my friend Sue Guiney and The Curving Road team. ‘Dig’ by Anam Cara colleague John D Smith was wonderful, and we had an Anam Cara alumni get together to watch … John over from the States with Paula his wife, Tania up from Brizzle, Sue and self… and terrific to see Sarah Salway too, - all at The Old Red, theatre above a pub.

Three operas.
Firstly, tickets magically appeared free and at the eleventh hour, for the best opera this year at Glyndebourne. Billy Budd, by Benjamin Britten. Really stunning, moving and unforgettable.
Next, Zaide at Sadler’s Wells – an early half-finished opera by Mozart, duly finished off by Ian Page, founder of Classical Opera. Lets put it this way… the singing was great. The orchestra was wonderful, music wonderful. The set was Guantanamo Bay on a bad day. The acting, also Guantanamo Bay on a bad day…and the story – I wouldn’t have bothered if I was Ian Page. Mozart knew a dud when he saw it, that’s why it was unfinished…
MacBeth at Glyndebourne – as I write. Off this afternoon to see/hear this extraordinary production in which the witches are a whole mass of women, some dressed like Myra Hindley, according to some reviews. We’ll see.
Whatever – opera has something – is it the crossover of words, visuals music? The knowledge that it is happeneing in that instant?

I’ve often wondered why I find film so unsatisfactory. I think its because there is nothing risky about it. (apart from financially of course)… its filmed a million times if necessary, to get it right. And the dialogue is often so unreal… but that’s another issue.

Another play…
Pygmalion by Bernard Shaw, at Manchester, the culmination of the loveliest few days in the company of Elizabeth Baines (a marvellous hostess) Tania H and Carys Davies.

Poetry
I did have a lovely surprise – a poem called ‘Spilled Peas’ came in the final 40 out of 1095 entries, at Ver Poets, judged by Gilliam Berkeley. No prize, but publication in the anthology… so runner up, I guess, with a good cohort, and my first poem in print. I attended the adjudication event in St Albans, and enjoyed my first poetry reading event where my reading took less than a minute!
I sent a few poems to Bridport on the wave of Ver Poets euphoria, which has now passed well and truly and that decision now feels rather silly, despite a ‘first timer’s luck’ longlisting a couple of years ago.
It’s nice to work with Caroline Davies via email on our poems – I enjoy that very much.

That’ll do. Happy writing. Pics to follow.
Posted by Vanessa Gebbie at 06:26 5 comments:

Well, the book below will appear if the publisher does not under before November. Salt is in trouble again, and asking you to buy Just One Book. This is me doing my bit to help spread the word, because quite apart from 'me me me' here, good independent publishers are like hens teeth. I'd like to see them survive. This is the message from the Director, Chris Hamilton-Emery, taken from the publisher's website.

I hoped I’d never have to write this note. The recession has continued to have a very negative impact on sales at Salt and we’re finally having to go public to ask you to help support us.
Our sales are now 60% down on last year and have wiped out our grant and our cash reserves as we continue to market and publish what we can from what we believe is a great list. We’ve plans in place to help secure the business from November 2010 — though the books we’ll be publishing won’t deliver any real revenue until 2011. We’re sorry to ask, embarrassed to ask, but we need your help to survive until then and if you were considering purchasing a Salt book, we’d dearly love you to do it right now. We’ve less than one week’s cash left.
If you can help us, please do two things:
1. Buy one book from us — we don’t mind from where, it can be from your local bookstore (they need your support, too), it can be from Amazon or the BookDepository. It can even be directly from us. But please buy that book now.
2. Please tell everyone you know to do the same. Buy just one book and pass it on.
You can visit our Website right now, simply go to
http://www.saltpublishing.com
and buy JustOneBook. 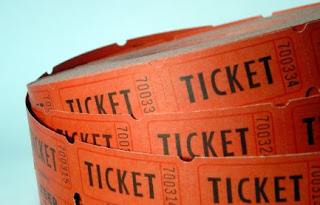 Remember too, that every book you buy gets a raffle ticket in our Big Summer Raffle — and you could win one copy each of the next 20 books we publish from 1 September.
Join us on Twitter and help spread the word.

STORM WARNING - Coming soon, to a shelf near you... 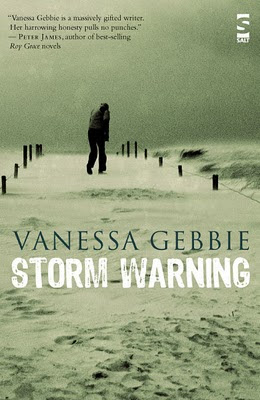