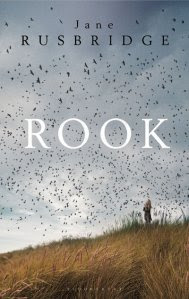 A few weeks ago, I was enthralled by a new novel, 'Rook' by Bloomsbury stable-mate Jane Rusbridge.  One of those novels I just couldn't put down, Rook is a wonderful mix of intriguing story, history, present day, gorgeous prose...here is part of the blurb:

Nora has come home to the Sussex coast where, every dawn, she runs along the creek path to the sea. In the half light, fragments of cello music crash through her mind, but she casts them out – it’s more than a year since she performed in public. There are memories she must banish in order to survive: a charismatic teacher with gold-flecked eyes, a mistake she cannot unmake. At home her mother Ada is waiting: a fragile, bitter woman who distils for herself a glamorous past as she smokes French cigarettes in her unkempt garden.


In the village of Bosham the future is invading. A charming young documentary maker has arrived to shoot a film about King Cnut and his cherished but illegitimate daughter, whose body is buried under the flagstones of the local church. As Jonny disturbs the fabric of the village, digging up tales of ancient battles and burials, the threads lead back to home and Ada and Nora find themselves face to face with the shameful secrets they had so carefully buried.

Jane Rusbridge lives in coastal West Sussex. Her husband is a farmer and they have five children. When her youngest child started school, Jane returned to university where she was the recipient of the Philip Lebrun Prize for Creative Writing. She has been an Associate Lecturer at the University of Chichester since the late 90s. She is the author of The Devil’s Music and Rook.

Jane has kindly nattered to me about 'Rook', her brilliant second novel -

Jane: The uniting thread - people connected in some way by their secrets - remained hidden at first. Rook began as a mass of ideas, tangled, subterranean and muddy. From underground, characters and their stories pushed up, persistent – too many, too fast. Stories came from many sources: oral and local myth, a friend’s tragedy, an historical mystery, friends’ elderly parents, and a sensational newspaper story. Melodrama was a concern. Where to start? Were these stories linked or not? I got in a terrible muddle. Once I began writing random scenes to find my way in the dark, associative links gradually came to the surface.

Jane: I started with rooks and the cello, then moved on to read tabloid newspaper stories, church archives, parts of the Waltham Chronicles, books and pamphlets on 1066, the Bayeux Tapestry and the burial place of Harold II. I talked to women who’ve had an experience similar to Nora’s and visited ‘retirement homes’. All this reading and research provided the mulch from which the various storylines grew, but my memory for ‘facts’ is quite poor, so I often needed to go back to select necessary information rather than decide what to leave out. My creative process zigzags in this way, between research and writing, while the novel is redrafted several times.

I’m not a historian, but with research came the understanding that there are as many versions of ‘what happened’ as there are historians, and the realisation that nobody actually knows how Harold II died or where he is buried. Research for a novel is a very different process from research for an academic essay; ‘facts’ can be discarded, ultimately, to fit the truth of the narrative. I could pick and choose, make up my own version and I got carried away in a late draft. My editor at Bloomsbury, Helen Garnons-Williams, highlighted an off-loading of too much historical material, an imbalance in the penultimate section – the classic ‘info-dump’. It had to be cut back significantly. I now realise this was novel #3 bursting out, in the wrong place.

Jane: The ‘mesh’ developed untidily of its own accord and then was shaped by the idea that people are connected through their stories and secrets. During redrafting, relationships and characters were altered and, in a couple of cases, cut out altogether.

Your description of Nora like ‘a bird trapped in a cage of her own making’ is very close to my sense of her situation when I started writing, and I was soon aware Harry should be the one to enable her release. One early problem was working out Nora’s motivation: did she, or did she not want her ‘secret’ to be unearthed? Because, of course, the only way she can escape her ‘cage’ is by facing her fear.

Jane: Several reviewers have commented on the way landscape features in my writing. My imagination does latch on to observational detail with some ferocity, but for me the subject matter of both novels demands this. In The Devil’s Music, Andrew is haunted by a childhood memory and has a dread of the wet sand he associates with a traumatic event. When he returns to the seascapes of his childhood he has to tackle this phobia. For someone has lived close to the sea for most of my life, the beach is where I am most ‘at home’, so Andrew’s viewpoint – alien to mine - was interesting to imagine. 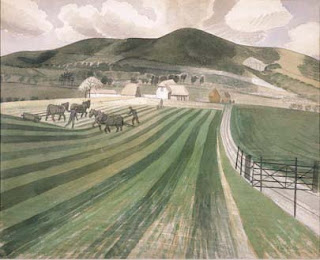 Rook concerns our complex relationship with earth, from the mud of Anglo Saxon battle fields, the building blocks of our homes, farming and the way it has shaped our landscape, to historical artefacts discovered beneath the soil, churchyards and burials. I wanted imagery to suggest the relentless power of nature’s recurring cycles – life and death, tides, seasons – not simply to present rural Sussex as pretty and pleasant. The quote from Heaney’s ‘The Herbal’ at the beginning of the book was chosen because the poem, and Human Chain as a whole, expresses what I wanted to capture in Rook, human frailty and the demands of the past, set amongst ancient ditches and fields. 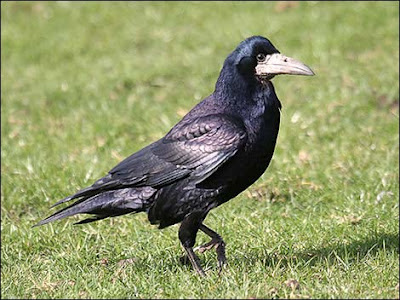 †
Jane: No. I actively dislike birds in captivity. Rooks were an entirely new obsession - a ‘gift’ from the murky part of my mind – and at first I had no idea why I began to notice them. I read Mark Cocker’s Crow Country and went ‘rooking’ in Norfolk. Standing beneath thousands and thousands of rooks coming in to roost was one of the most uplifting experiences of my life. I knew immediately it had to be the final scene of the novel. Then, when I saw the bird etched on the memorial stone for King Cnut’s daughter in Bosham church, I understood why the ‘gift’ of rooks had been thrown my way.

The only rook I’ve touched is a dead one, which my daughter came across earlier this year. Stroking those beautiful feathers after so long imagining them was very poignant. Much of the detail came from talking with people who had kept pet rooks in the past, from reading Esther Woolfson’s wonderful Corvus: A Life with Birds, and having lunch in the garden with a half tame blackbird who, eventually, grew brave enough to take a piece of cheese from my fingers. That blackbird taught me a lot about how birds move, around humans.

Jane: It’s a mixture. Two ancient stone coffins were uncovered in Bosham church during the 50s, and there are photographs, much as I describe them in Rook. The story about King Cnut’s drowned daughter is a village tradition hundreds of years old, but there’s no sound historical evidence to support it. Bosham is pictured on the Bayeux Tapestry, and Harold II’s family had a manor there. The idea that the second coffin is Harold’s belongs to a local historian whose pamphlet presenting his argument can be bought in the church. It makes a fascinating read. And there once was a film company interested exhuming the graves …


Jane: It would be the final scene, rooks at dusk somewhere in the South Downs, by Eric Ravilious