THE STORY OF A GARDEN

Driving into Brighton along the Lewes Road, you are driving through a community. Endless little shops. Things for sale displayed on the pavement, passing by in a blur when the lights change. Caffs. A small funeral director on each side of the road. Glimpses of terraced streets running to the left, the right. Bus stops. Kids. A church or two - a hall, Mums pushing buggies into a porch, going somewhere good. Furniture shops - second hand and new. Launderette, I expect - although I might have made that up...Not a lot of green. A few trees struggling to hold their heads up... and quite a way further on, past the intersection with Elm Grove, a wide space, the levels, a park where the fair sits down for a rest once a year, otherwise it is one of Brighton and Hove's lungs, green and peaceful - kind of - as peaceful as you get in Brighton.... Tall tall old trees, with gracious and rather lovely regency terracing overlooking....rather different to the street you've just driven down. 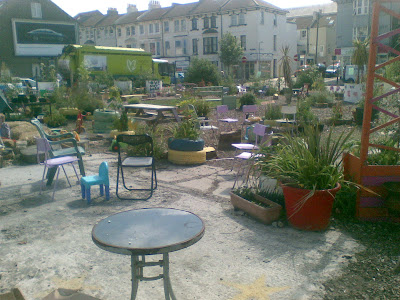 Back on Lewes Road, between two of the side streets there was a patch of derelict ground. An eyesore. A place where maybe you wouldn't want to walk barefoot... certainly wouldn't want to let your kids play...It had been like that for a very long time. Various 'For Sale' notices appeared now and again. Then one day, things changed. On the earth, a chair or two. A painted table. Then some raised beds - a notice declaring this a Community Garden - making use of a dead space for a while - always people there, kids, people growing things, somewhere to meet, colour, sound, and it was funny to watch how people like me, who were only passing through in their cars, slowed down to look - glimpse something nice...it lifted the spirits. 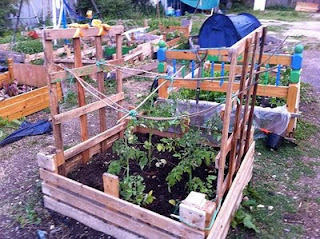 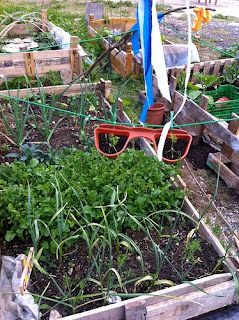 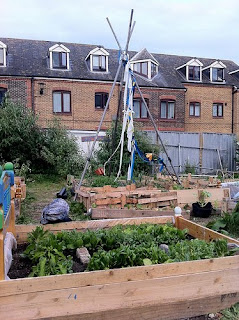 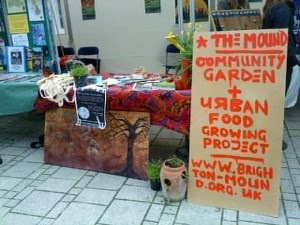 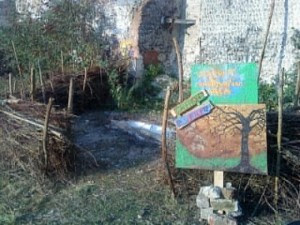 Growing things on a bit of borrowed ground - sounds idyllic...until the owners of the site took the gardeners to court. And the gardeners attended court unrepresented...not that that would have made a difference, probably. This was the outcome.


I was particularly cross to hear someone saying the ground was contaminated... and that's why they were pulling the garden down. What rubbish. The diggers and bulldozers, driven and organised by workmen wearing not one mask between them... fling the earth (much of it topsoil brought from elsewhere for the raised beds) high in the sir, scattering dust far and wide. If there were contaminants, they are sure as hell in the lungs of the locals by now.
Cost of destroying the garden... a lot.
Cost of creating the garden... nil.

Sad. We all lose out when things like this happen.
Pics from HERE and from the Community Garden's own website, complete with lovely gallery - where you can read the whole story...HERE
Posted by Vanessa Gebbie at 02:12