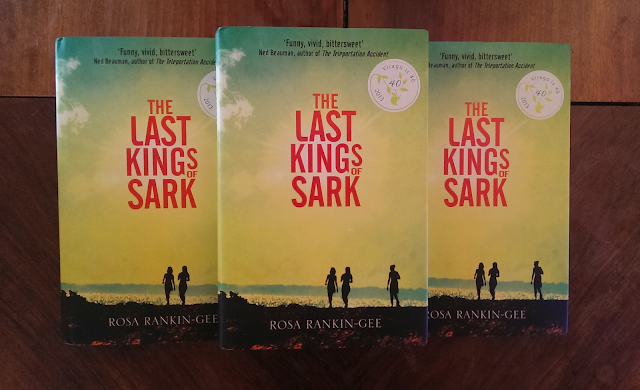 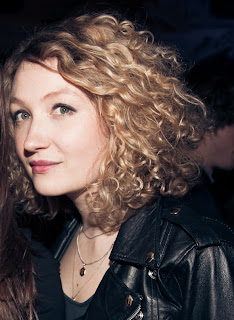 I am a lucky person - a facebook message a while back asked would I like to read a prizewinning novella turned into a novel,  about to be published by Virago.  Well, yes please, obviously. I had heard of Rosa Rankin-Gee's wonderful win at the Shakespeare and Co Novella Prize in 2011, with a twinge of jealousy - here she is, only just out of the egg. (Well, to me, most people are just out of the egg.) The jealousy is based on the number of years she has left to write - mumble mumble grump.
Reader, The Last Kings of Sark is great. The first portion, which follows the fortunes of three young people on the island of Sark, captures perfectly, and in a fantastic setting, the intense friendships we make when we are almost adult, but not quite... when every day holds possibilities, and we take a deep breath and rush in, as into the sea. It is fascinating, too, to know that it began as this prizewinning novella, then Rankin-Gee took the brave step of extending it, into something greater. I love novellas, wouldn't have minded had it remained thus, but the second half is something of a mirror image -and as mirrors do, we meet ourselves, only not quite. And we meet the characters again...  It is thought provoking, and I found this part hugely poignant, opening up as it did, all sorts of memories about plans in my yoof that never quite...oh you know. I read the whole with with joy, and sent the publishers a few words about the book. Here's the link if you'd like to see what I said, among many others. http://rosarankingee.com/the-last-kings-of-sark/

The Last Kings of Sark is published this week. Just for the blog, the author has been nattering about this terrific debut novel, and about her writing life.

VG: Welcome Rosa. Have a cuppa and a choccie biccie. Right - first , looking at “A novel in parts”-  Congratulations on winning the Shakespeare and Co Novella prize.  I am now trying to imagine the process of adding the second part some time later, if that’s how it went? What issues did you have to face extending it? Was it your idea, or your  agent’s/ publisher’s?

RR-G: It was a collaborative idea. At first I was fixed on the idea that it would stay a novella, but it’s almost impossible to publish a novella unless you’re Doris Lessing or Ian McEwan. I am very glad I set about turning it into a novel though – it’s the book it should be. I wasn’t finished with the characters yet and to a certain degree, the book grows up, as I did while I was writing it. Victoria Pepe, my wonderful editor who’s actually just left Virago, was very influential and helped me make the book a lot more compact and complete. There’s a sense of nostalgia in the first half of the book, which is only really earned by what happens in part two.

V: Talk to me about ‘Lord of the Flies.’ It’s mentioned a couple of times, maybe more, in the first part of the novel. There are some shallow parallels - both are set on islands, both have young people behaving differently when they are freed from constraints in one way or another.  What other echoes would you like to be picked up between Lord of the Flies and The Last Kings of Sark? 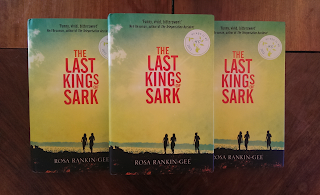 R: It’s not the major framework for the novel, but you’re right – the characters themselves mention it, and there are little links, as well as fundamental differences, seeing as Sark is an idyll, more than anything.I think a lot of the first part of the novel is about young people intentionally evading and looking away from adulthood. The intention is perhaps the key – Jude, Sofi and Pip’s actions can never really mirror Lord of the Flies, precisely because they are aware of Lord of the Flies. As you’ve very kindly said, The Last Kings of Sark is about “the intense butterfly moments when we are on the cusp of adulthood, but not quite there.” Jude, Sofi and Pip are in between. They are aware of their options, their precedents, their future. Of the Lord of the Flies’ child-world where all may eventually be excused, and the adult one, where everything is harder, more fixed. I suppose it’s the last summer when they are able to inhabit the impermanent space between the two.

V: Sark itself. Did you set it on Sark and then go there to research, or did you go there at some point anyway and the story/characters appeared out of that experience? Also, was it important that this story should be set on an island, that the setting should echo the content, somehow?

R:  I came up with the bones of the plot and a lot of the detail when I was on Sark, with a lovely friend called Tor, working for a summer. She helped me a great deal. Each evening, I’d try and take down notes of everything I’d seen during the day, and her memory was often better than mine. But yes, choosing to situate the book on an island definitely informed the story of the first part. A novella is a condensed mode, and islands are natural microcosms – both are small and self-contained, and I liked that. 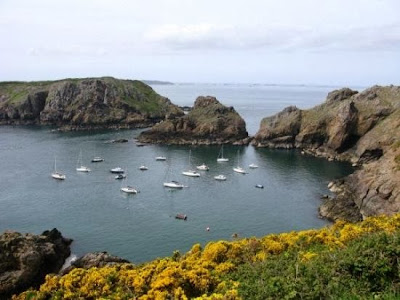 4. If you could have one scene from Last Kings of Sark painted, which scene would it be, and who would you want for the artist?

R: I love this question! I think I’d choose one of the Fauvists. Derain or Vlaminck. For their burning colour, and their joyfulness (I see it as joyfulness). If not, Signac – I  saw his retrospective at the Musée Fabre in Montpellier this summer, and he captures light hitting water sublimely. I’d want the painter to read the book and chose the scene themselves. The private beach by way of Cider Press cottage would be a good bet though.

V: My mother was a librarian, and a real literary snob. I know, had she been alive when I decided to write, I would have given up quite fast, thanks to apprehension about her comments. Now, however, I wish she’d been around to see what I’ve done... she’d probably have been very proud. I admire your own mother’s work hugely - as you are aware, both it and she have been a very positive influence for me as a writer. ( I admire your father’s work greatly too, not to leave him out!)  Is it easy, now, being the daughter of not one, but two writers? Are the obvious expectations  from others a weight, or a spur?

R: There was no pressure in any sense from them. (about becoming a writer. Naturally, all parents exert pressures in other ways: Do GCSE German! Brush your teeth! And other highly unreasonable things like that). I’m quite entrepreneurial, and I think they would have both equally encouraged me to do something with that, or become an archaeologist or a songwriter.  The thing is, people often end up doing what their parents do.  Daughters of doctors become doctors; there are family dynasties of teachers or lawyers. When you are growing up, you see your parents’ professions as what it means to be an adult, perhaps.
So, the pressure. From them, no – really not at all. I mean, I want to please them and make them proud, which is a natural impulse for offspring, but I honestly don’t think we compare ourselves. That --  if it comes -- will come from other people.
Thankfully, though, we’re all very different writers. I say that not because they aren’t good, because they’re very good, but because they got there first, the bastards!, which would make me the derivative one. I don’t think I am derivative though… I hope not. I suppose you just have to read and see.


V: No - you are most definitely your own writer, and one who is going to go far. Thanks for visiting the blog, and for the book. Many congratulations on The Last Kings of Sark, may it fly! It deserves to. Enjoy the journey, and I shall look forward to the next book in due course. 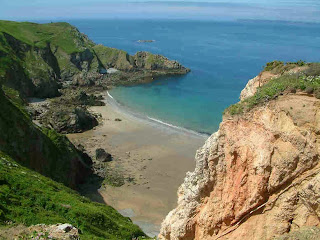 The Last Kings of Sark is released on November 7th, so you only have another couple of days to wait. It's available from the usual suspects, and can be bought or ordered from all indie book shops. Enjoy!  http://www.amazon.co.uk/Last-Kings-Sark-Rosa-Rankin-Gee/dp/1844089312
Posted by Vanessa Gebbie at 00:55