Just in case you thought I was sitting back, letting the untold fame and fortune that comes from writing  keep me in clover and laziness, I would have you know the opposite is true. Yes! I'm poor, but busy.  So here's a catch up, on five books I've been working on, or with, or for... 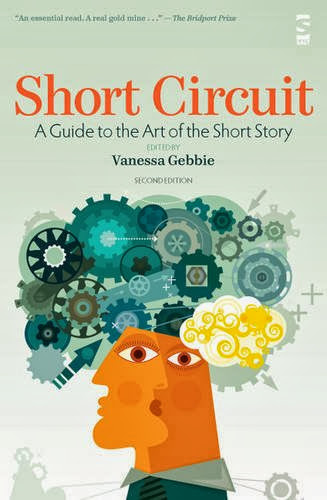 There's a new Short Circuit, a second edition, with eight new chapters! Endorsed by the Bridport Prize, Fish Prize, Asham Award, the Frank O'Connor Award, by lecturers in Creative Writing, and by writers themselves, this overtakes  the first edition which is recommended reading on many courses across the UK and further afield.
New chapters come packed with wisdom on crafting the short story with insights into how, plus ideas for further exploration, and lists of inspirational stories, from the following:
Carys Davies
Nicholas Royle
Professor Patty McNair (Professor at Columbia College Chicago)
Scott Pack (Publisher, The Friday Project, Harper Collins)
Stuart Evers
Tom Vowler
Zoe King (Chair of Society of Women Writers and Journalists)

And it's great! And HUGE. Salt have surpassed themselves. 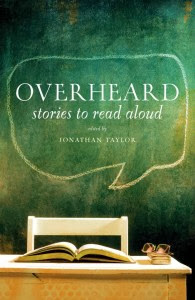 This gorgeous book is an anthology of stories edited by Jonathan Taylor, from Salt Publishing, and contains work intended to be either read on the page, or read aloud, as the title suggests. My story herein is 'Ed's Theory of the Soul' and is strange, strange, concerning as it does a bloke who is not sure whether humans are the only creatures with souls. What about the sea? What about the earth? A wall? At the recent NAWE Conference, a few of us had an opportunity to read from our contributions to the gathered masses -  a wonderful occasion. Thrilled to be in here!

Jonathan says: Because of the way these stories speak from the page, it doesn’t matter whether or not they are actually read out loud. Rather, these are stories which might equally be ‘performed’ on the reader’s mental stage, heard in the reader’s mind’s-ear. There is a burgeoning culture in the U.K. and beyond of oral story-telling and prose writers performing their work live, a culture which has developed out of the popularity of poetry in performance. There are numerous collections and anthologies which aim to capture the energy of performance poetry on the page. There is, though, no comparable literature for stories in performance – making this collection unique.In order to demonstrate the huge diversity of possible performance styles in prose, the collection mingles flash fiction with more sustained stories, genre fiction with realism, experimental pieces with oral storytelling. Contributors are similarly varied in their styles, backgrounds, experience and genres, and include Salman Rushdie, Hanif Kureishi, Ian McEwan, Blake Morrison, Louis De Bernières, Adele Parks, Kate Pullinger, Adam Roberts, Michelene Wandor, Vanessa Gebbie, Judith Allnatt, Jo Baker, David Belbin, Panos Karnezis, Jane Holland, Gemma Seltzer, Ailsa Cox and Will Buckingham. 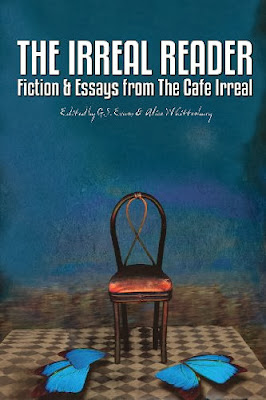 The Irreal Reader (Guide Dog Books, US)
Now here's a thing, a rather different anthology in many ways, and here’s the background:
The Cafe Irreal: International Imagination,  http://cafeirreal.alicewhittenburg.com/index.htm a pioneering web-based literary magazine, first went online in 1998 with the intention of publishing a type of fantastic fiction most often associated with writers such as Franz Kafka, Kobo Abe and Jorge Luis Borges. To this end, it has published more than 250 authors from over 30 countries. In the course of the past fifteen years, it has also seen its editors nominated for a World Fantasy Award and been named by Writer’s Digest as one of the Top 30 Short Story Markets.
In this anthology, edited by G.S. Evans and Alice Whittenburg, Guide Dog Books presents a selection of the fiction and essays from The Cafe Irreal that take us most definitively into the realm of the Irreal. These include pieces by Diploma de Honor Konex winner Ana María Shua (Argentina), Michal Ajvaz (winner of the Magnesia Litera prize in the Czech Republic), Pulitzer Prize winner Charles Simic, and Pushcart Prize winners Bruce Holland Rogers and Caitlin Horrocks.
I have two stories in this anthology - the first became the title story from my own collection and is called ‘Storm Warning’, and the second is called ‘The Note-Takers’.  Do not ask where either came from, I don’t. I’m just grateful and honoured to have my work included. Big Smile. 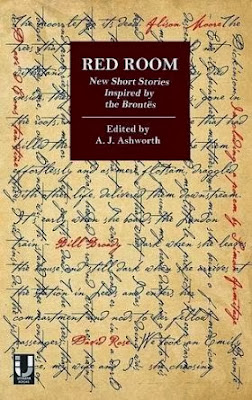 And then there's the wonderful Red Room anthology, edited by A J Ashworth, from Unthank. This contains stories donated by the contributors, to help raise funds for the Bronte Birthplace Trust. David Constantine, Alison Moore, Tania Hershman, Elizabeth Baines...and more and more. My story in here is a rewrite of the final chapter of Jane Eyre, and is entitled 'Chapter XXXV111 - Conclusion (and a little bit of added cookery...)' So you see, I am letting myself write fun, whizzy, wacky stories, whatever you want to call them. Whatever comes, and why not eh? Necessary Fiction reviewed the collection,  among others, and when it comes to my madness, says this:


Perhaps the most outrageous (and also outrageously funny) of these mischievous pieces is Vanessa Gebbie’s “Chapter XXXVIII – Conclusion (and a little bit of added cookery) with abject apologies to Charlotte Brontë.” Gebbie rewrites the ending to Jane Eyre and keeps her tongue firmly in her cheek while doing so. This is a wickedly clever Jane, emphasis on wicked, and one I suspect Jean Rhys would greatly admire as we watch her dispatch the servants and others to arrange her domestic life to suit her own happiness, a Jane that can listen, unperturbed, as Rochester utters an expression like “rumpy pumpy.” 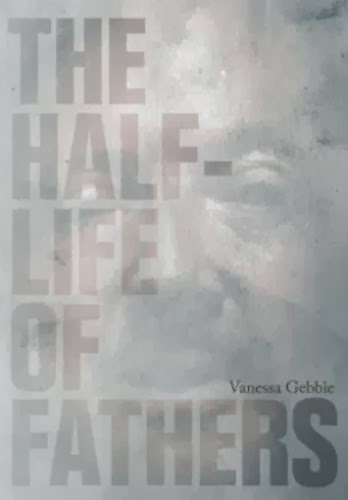 Beautifully created by the wonderful Pighog Press. Launched next week at the Pigbaby Festival - with readings not only from moi but also from the fabulous Pascale Petit.