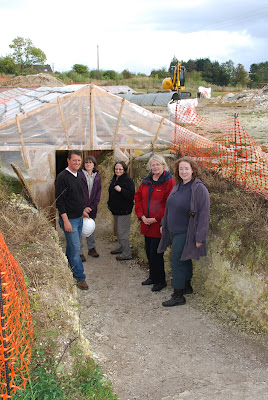 We all met at Lille. Some of us came on Eurostar, two were already in France. Military Historian Jeremy Banning, who would be leading the trip, drove us to our first stop - The La Boisselle Project, where we were lucky enough to be taken underground a short way. 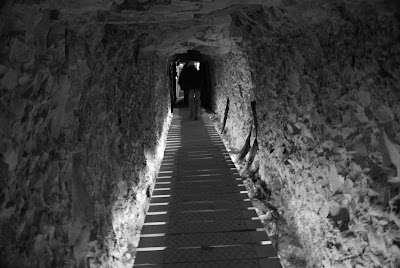 The tunnels were dug by French sappers, then British, in 1915/16. Re-discovered recently, they are an extraordinary testament to the dogged ingenuity, bravery and skill of those who created them. In places, the chalk walls still show the friction marks where the passing of men left the rock smooth. In others, soot-trails give away the places where candles were lodged. 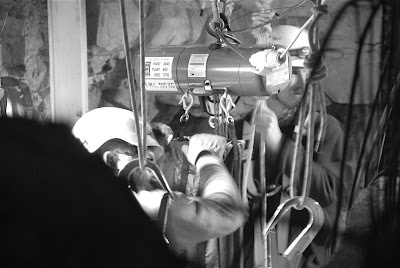 While we were there, further down, accessible only by winch, were a BBC News crew, filming a quiet memorial ceremony for two miners lost in October 1915, which would be going out on the 6 o'clock News that day. We could hear the voices - historian Peter Barton among others - rising up the shaft. 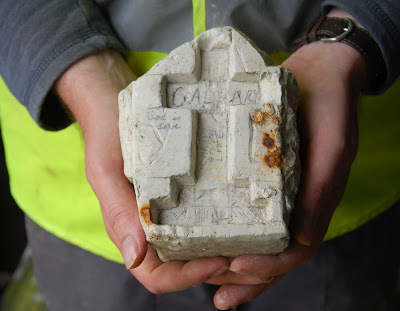 Discovered in a spoil heap many metres below the ground - this seemed to be simply a lump of chalk, until it was turned over.  A calvaire, perhaps carved by a French tunneller, then decorated by a British one later, the pencil markings might have been done yesterday. 'God is Love' is pencilled on the left,  'Christ giveth Life' is written sideways on the trunk of the cross. A most wonderful object - the La Boisselle Project team were visibly moved to have discovered this - quite a treasure.
Posted by Vanessa Gebbie at 15:42