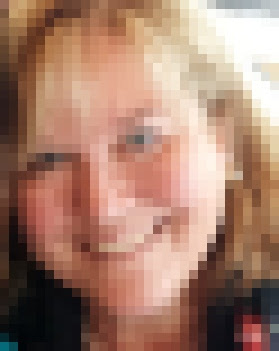 A few interviews - I seem to be pixellated - scattered liberally all over the internet:

One just up on Storyscavenger website looks at the writing process - and asks, among other things,  what advice I’d give to newer writers. Hmm...

An interview also appears on The Short Story website -


“In my work poetry and prose do a kind of dance, in that sometimes they are so far apart they turn their backs and refuse to have anything to do with each other, and conversely sometimes they move so close that they are almost indistinguishable.”

On Litro, a fascinating article about the totemic articles that writers surround themselves with, and which, in some cases, become inspiration for their work, includes my version of Dalou’s ‘Le Grand Paysan’. The original, in the Musee d’Orsay, is huge. A bit like this one... but darker:

And they might have noticed if I nicked it. Couldn't get it under my coat...but this wonderful work certainly became a huge inspiration,  and is the genesis of the town statue of a coal miner in The Coward’s Tale.  I love it so much I bought my own mini-version...


“The poet Selima Hill once described going for long walks along the Dorset coastline as part of her creative process, collecting stones and shells or any interesting object that caught her eye along the way. For poet and novelist Vanessa Gebbie the inspiration for her first novel, The Coward’s Tale, set in a Welsh mining village, was a larger than life bronze statue, Dalou’s Le Grand Paysan which stands in the Musee D’Orsay in Paris.As a surrogate, Gebbie acquired a much smaller bronze replica of a similar statue, Picciole’s In Labore Benedictio, to connect her to her story.”

On Brighton Retreats website, I was interviewed about procrastination - there’s a laugh. The best way to procrastinate is to spend time on these questions... (!).


“Q: Do you listen to the interminable Inner Critic? How do you keep him/her quiet?A: We argue. Constantly.  I remind him (it IS a bloke) that he is very useful indeed at the right times. Indeed, indispensable. Like blokes are. Some of the time. This one is indispensable when I am rewriting, editing, because he lets me see the work as others will. Other times, I shut him up by turning off the screen when I type, or turning the font to white.”

On Chester University’s digital repository, I am also in pixels - you can download an interview that appeared in Short Fiction in Theory and Practice, entitled ‘As of on a magic carpet...’ - about the importance of flash and the flash process.

“Writing flash fiction was and still is absolutely crucial to my development as a writer - an ongoing process. I initially wrote a lot of flash with other writers to tight time constraints, inspired by prompts - a single word, phrase or line of poetry. I found a great strength and a creative buzz in knowing that unseen others were tackling the same prompts at the same time.  The concision, the need to examine every word was a great discipline. The creation of character through hint rather than description was a great skill to learn.”