Dr Faustus at The Globe - the best! Beg or borrow a ticket, if you are remotely theatre -orientated. And even if you aren't this could convert you. I still find myself thinking about it. We went last week, having managed to get two tickets in the gallery, not together, though - even though I bought them weeks and weeks ago. The reviews are that good. For a very good description of the performance see Ros Barber's blog.


Another must-see if you are at the Edinburgh Fringe 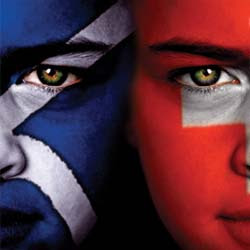 – FEDERER VERSUS MURRAY - A new tragi-comedy by Gerda Stevenson about war on several levels, man versus wife, nation against nation and Scotland versus… the Swiss master. From a claustrophobic flat in Scotland to the Swiss Alps via Afghanistan we follow Flo and Jimmy on a painful, and at times farcical journey, complete with war-paint, featuring live music and an outstanding company of Scottish artists. ‘Hilarious and heartbreaking’ (Herald), ‘A beautiful, uncompromising and genuinely moving play’ (Live Theatre).
Good luck too, to the 'Federer versus Murray' team. I’m v much hoping Gerda Stevenson and Andrew G Marshall and Ignacio Jarquin (see post below) will find time to touch base.


COMPS
• Sean O’Faolain Short Story Competition deadline extended another two days - means they haven’t got the right number of entries usually – get them in!
• Manchester Short Story prize – you have another tn days to get your story in!


HOW TO APPROACH AGENTS

Here is a really good article, from the mouth of a top guru, on how to approach an agent – diamond advice from Bill Hamilton of A M Heath on Mslexia website - and it is not with a letter that lists two writers you write like! Forget that hackneyed advice. Read this. This website is a mine of really good information and advice for writers.


SHORT STORY COMMISSION
I have a new short story, ‘Ed’s Theory of Souls’ and a flash piece, in this year’s Matter Anthology, from Sheffield Hallam MA. They will appear alongside work by the students and work from fellow guest writers David Gaffney, Paul Farley and Colette Bryce.


LIGHTSHIP JUDGING
I was impressed with the look of the Lightship competitions, terrific initiative, backed by terrific names – Andrew Motion, Cynthia Ozyck – to name just two, so was rather pleased to be invited to be final judge for their One Page Competition 2011/12.


TEACHING
Smashing to be invited back to Ipswich, as visiting tutor on the short story module of the Creative Writing degree at UCS (University Campus Suffolk). Autumn term fixed, spring term pending.


PRIVATE TUITION
I have been enjoying doing a bit of private tuition via email for a writer in India. Isn't it marvellous how we can do this! I never fail to marvel and enjoy.


WINNING BOOKS
I won the Booker! No really, I did –a Twitter Booker competition for a spoof title that could have won the real Booker if it existed! ‘The Bigamist’s Manual’, a non-existent title, won me fourteen signed Booker nominated novels. Whizzy or what?


TRIP FOR WRITERS TO WW1 BATTLEFIELDS in 2012 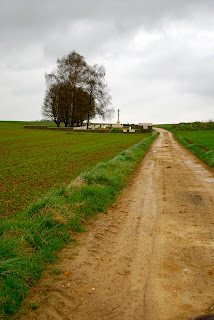 I had such a good few days with military historian Jeremy Banning, that I am putting together a group visit to the Somme in the autumn of 2012, especially for writers, led by Jeremy. 4 days, I expect, staying in a B and B. We are a group of six so far, four women, two men. Let me know if you are interested in finding out more.
Posted by Vanessa Gebbie at 13:52