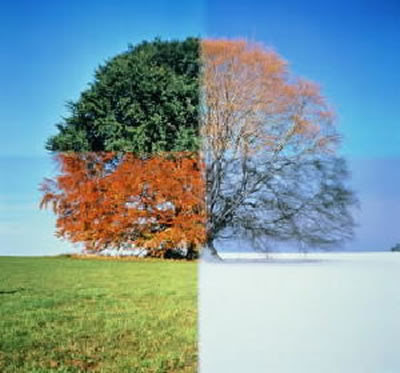 On the trail of cyclical events, I stumble over the four seasons. It is hard not to, especially living where I do - the seasons are defined, each has its own characteristic colours, sounds and smells.
Some people like the definite seasons – summer or winter. When you know where you are, unless nature plays its ever-increasing tricks on you. Summer is usually warm. Ish. Winter isn’t. And some, like me, prefer the in between seasons, spring and autumn. When things are more fluid, the edges are blurred, when temperatures are not so predictable but there can be pleasant surprises. And conversely...
But this is not a diatribe on the seasons, weather-wise. Not really. It is to do with cycles of creativity.
Perhaps each of our creations goes through its own cycle. Perhaps it begins in winter when there is little or no growth, when you can see nothing moving, and all seems dead. And, like winter, perhaps there is something stirring beneath the surface...
Maybe whatever it is pushes through finally in its own springtime. When it is strong enough to be considered, looked at. When it is new and fresh, and brave, and won’t leave us alone, even if we wanted it to.
Perhaps in its summer, it grows fast. Maybe its colours and scents deepen and become richer. Now is the time we know what we are doing, where it really has taken off, and follows its own paths. Maybe in the heat of its creation it grows untidily and will need pruning.
And it is in the autumn, when it is ready – after trimming, and shaping, when the fruit is ripe and ready to harvest.

And when it is, oh doesn’t the creator feel empty, and tired? And doesn’t each creation take its own time, and grow to its own rhythms?
Posted by Vanessa Gebbie at 12:06