NIK PERRING'S 'NOT SO PERFECT' 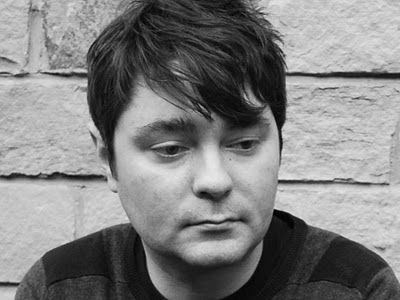 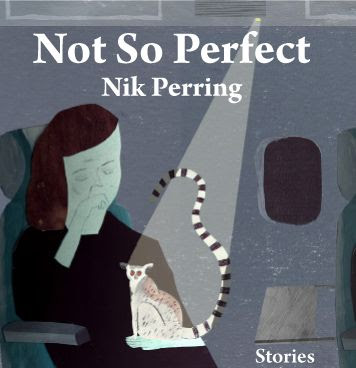 I am delighted to welcome the hunky and smashing Nik Perring to the blog today, to talk about flash fiction, and in particular his wonderful collection, 'Not So Perfect' out on June 2nd, from Roast Books.
The book is absolutely gorgeous. And that is just the outside. Inside, you will find some of the best flashes I have read in a while - Nik has really mastered the form and uses it to engage our emotions, to explore what relationships are and do - through the most unlikely events. I love it, and happily endorsed it. And I'm now playing hostess, and passing round tea, toast and cupcakes to the visitors...
So. Sit down Nik, and sit down, book, and here are a few questions for you.


1) It is some years since you wrote 'Last Night I Met a Roman'. People often ask me, 'how did you come to write flash' - which is closer to short stories than a novel - even a novel for children... can you attempt to chart the journey from novel to flash in yourself as a creative being?

Hi Vanessa. Thanks for having me here!
It IS some years since I wrote the children’s book! Five years I think, which have gone in a flash!
I think I’ve always naturally tended towards the short form and in all actuality I think I was writing flash fiction before I was even aware of the term. When I first decided to try and be a writer the pieces I’d write were often in the 800 – 2000 word bracket which, I think, even then I’d have classed as a short short story. I still do.
The big moment for me came when I read Sarah Salway’s ‘Leading The Dance’, which is a brilliant collection. Something clicked and I realised that I could write the kind stories I wanted to write and, more importantly, that there was an audience for them. I spent a fair amount of time in writing groups and heard far, far too often that ‘nobody publishes or reads short stories’ so it was a big, big moment.
Then came the really important moment. I read Aimee Bender’s ‘Willful Creatures’. That was an electrifying moment. Seriously, after one story I had to close it and take a deep breath. It was almost like the lightening hitting Frankenstein’s laboratory and bringing the beast to life. I felt at home and comfortable and knew then, with certainty, that it was short stories I loved and short stories I wanted to write. I read Etgar Keret shortly after that, and doing that confirmed everything. So, from then on I was a short story writer.
And as for flash – I’ve been saying this a lot over the past few weeks – I genuinely believe that a story is as long as it is; sometimes that’s short and sometimes it’s long (a novel). I don’t ever consciously set out to write a piece of any given length, it’s just my stories tend to be shorter.


2) Can you say something about the challenges of getting flash fiction right? And how would you answer someone who says there isn't room in such a short wordcount to tell a satisfying story?

As I said, a story’s as long as it is, so for someone to say you can’t tell a satisfying story in xyz amount of words is either talking nonsense, or hasn’t read much short fiction (though I would accept that short fiction’s not for everyone, in the same way as certain genres don’t appeal to everyone).
I think that the trick of getting flash right is the same as getting ANY story right: we need good characters, conflicts and good story telling. Maybe with flash we have to get to the point quicker, though I would say that all the writing qualities present in a good novel should be in a piece of short fiction. Except length!

3)If you were asked to do a short workshop on writing flash fiction for complete novices, how would you begin?

With a cup of tea.


Oh good. Another slice of toast? Jam? And what then, with the workshop, I mean!

Then, then I’d try to get those attending to think about moments. Because, in short fiction that’s what we’re (mostly) dealing with. I think it was Elizabeth Baines who said that ‘a short story is a moment magnified’ (or something similar) and I love that. So yes, moments, points of change, places in people’s lives where something important/interesting/terrifying is about to occur.

4) When I teach flash, I often use the wonderful piece by Tania Harshman, 'Plaits', and suggest the students take the premise, and go off on their own journey to create something allied but different. Which of the stories in 'Not So Perfect' might you use to inspire your students? And why?

I LOVE Tania’s ‘Plaits!’ And I’ve used that when teaching too!
Which of mine would I use though? I’m not too sure. I suppose it’d depend on what point I was trying to make. I’m a big fan of magic realism and of making the impossible seem familiar, so perhaps ‘My Wife Threw Up A Lemur’ or the fire-breathing woman in ‘Not Nitro’, or maybe ‘Kiss’ about a man who tells his flowers secrets.
I think the thing I consider most important when teaching is encouraging (or even allowing!) people to write their own stories. They need to know they have the freedom to do that. They need that Aimee Bender moment.

5) Which is your personal favourite flash by any writer at all, out there in the world - and why? tell us why it is so good.

That is such a difficult question to answer because there are so many! I will have to give you a bit of a list!
Breaking The Pig by Etgar Keret would be near the top, because it’s just beautiful. Probably perfect.
For showing us what we are as human beings, and for being funny and for just joyous storytelling and clever use of language and honesty, ‘The Meeting’ by Aimee Bender, which you can listen to HERE.
But there are SO many more. Pretty much anything the above two have written. Neil Gaiman’s Babycakes is brilliant too.


6) And which is your personal favourite in Not So Perfect, and again, why?

I couldn’t possibly pick one. I like them all and all for different reasons. ‘Seconds Are Ticking By’ I like because it was so easy to write – it came out pretty much fully formed and was published in the brilliant SmokeLong Quarterly. ‘Pacifier’ was like that too. I’ve a soft spot for ‘Kiss’ because, despite being really, really difficult to write, it came out well in the end. I tried and failed to write Shark Boy many times over a period of months so making that something I’m pleased with and proud of is good.
But, right at this moment, (and it’ll change tomorrow) I really like ‘In My Head I’m Venus’.


7) The book is a beautiful object. How important do you think it is for a book to be something of beauty, as well as containing wonderful stories, and wonderful writing, of course?!

Well, what’s inside any book, its words, are by far the most important thing. By a long way!
That said, books should be things we enjoy holding and they should be something we enjoy looking at. One of the reasons I wanted to be published by Roast Books was because of their commitment to making books that are as beautiful as objects as they are good to read.


8) can you say something about plans for exploiting the digital explosion, with Not So Perfect? Seems to me the collection seriously is 'Perfect' for reading off screens of all types.

Well there is an eBook version. Actually, that’s how the illustrations inside the book came about – they were going to be an extra you could only get in the eBook. After we’d seen them there was no way they weren’t going to be in the paperback – I love them!
So, yes, you can read Not So Perfect on whatever reading device you like: Kindle, Sony, etc etc. And you can even read it on your PC if you want to, by downloading the programme from amazon’s US site.

BIO
Nik Perring is a writer, and occasional teacher of writing, from the north west. His short stories have been published widely in places including SmokeLong Quarterly, 3 :AM and Word Riot. Not So Perfect, his debut collection of short, short stories is published by Roast Books on June 2nd. Nik blogs here (http://nikperring.blogspot.com) and his website’s here www.nperring.com.

And watch out for the next stop on the blog tour, at Tamia Hershman's blog, on 1st June, HERE