I started to study writing (but not actually doing it) in October 2002. I only started writing writing when I joined a hardworking online writing group in November 2003. Writing is writing, to me. See? Good.

So. To 2013. Books first.
One of the joys of working with an indie press is that you can say, ‘Hey, this text book has been out for a few years - I’d like to update, refresh, add some new chapters by fab writers, maybe do a little pruning?’ and they say, ‘Good idea - do it.’ 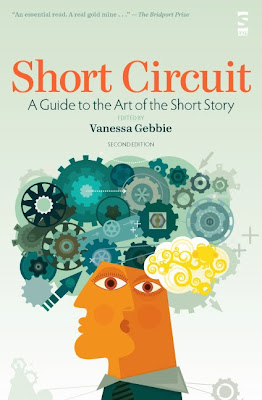 The result is  the terrific second edition of Short Circuit: Guide to the Art of the Short Story. Eight new chapters, new intro, sharper all round, I think - although the first edition was pretty good anyway. It’s been a huge privilege to be able to put together the text book I’d have liked when I started this writing lark myself, so thank you Salt Publishing.

So. That was book number five. A recap? Ok. 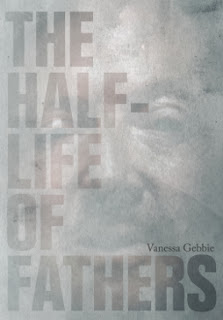 and book number 6 crept into 2013 as well, allowing me to say I have almost managed a book a year since 2008 as the US version of TCT doesn’t really count.

6. My debut poetry publication, ‘The Half Life of Fathers’ was published by Pighog Press in November and launched in Brighton. Again, a joy of working with an indie - I was at Gladstone’s Library in September, there was a literary fest, I was reading, and Pighog kindly produced some advance copies. Thank you Pighog.

It’s a game, all this - a serious one, but a game still. The writing world is full of ‘you must do this, must do that’, and in the end you could spend your days dancing to everyone’s tune but your own. I’m certainly not playing anyone else’s game these days, just mine.

So. Book number 7, and the one I have had more fun writing than any other, is now with my agent. This is the collection of tiny fictions called ‘Ed’s Wife and Other Creatures’, beautifully and cleverly illustrated by artist and poet Lynn Roberts. Lynn’s own collection of poems inspired by paintings in The National Gallery is due out in April, and I am hugely grateful to her for going with the flow when I changed the goalposts from ‘about ten’ illustrations to ‘oh they are so good, can each story have a drawing?’ when there are almost seventy stories.  Thank to Lynn!

Anthology publications this year include a story in the lovely Red Room, published by Unthank and aimed at raising funds for the Bronte Birthplace Trust - and a lovely trip to Manchester to read at The Portico Library, staying with Elizabeth Baines. Then there is ‘The Irreal Reader’ a compilation of the editor’s picks from The Cafe Irreal, one of my favourite online journals, together with academic essays on irrealism.
Going places thanks to writing - I look back with huge pleasure over a NAWE conference at York, two (two!) stays at Anam Cara Writers and Artists Retreat early in the year, during which I was able to focus hard on the two separate strands of the next novel, ‘Kit’. I then put the novel away, letting it stew, until a glorious month at Gladstone’s Library in September, during which I was able to focus on getting a wobbly draft together, with invaluable input from both my agent (thanks Euan Thorneycroft) and military historian Jeremy Banning. Thank you to both.

Mr Banning led an unforgettable trip to France for what is becoming an annual event - the Writers Pals visit to the WW1 battlefields. This year, readings of poetry by the grave of Isaac Rosenberg, readings in  a sodden Strip Trench at Mametz Wood from 'In Parenthesis' by David Jones, and a walk with poet and friend Caroline Davies from the Citadel at Fricourt down to the Hammerhead were real highlights. As was the group writing every evening by the fire at Chevasse Ferme. Next year’s trip is already planned, and full. Can’t wait! Thanks to all the Writers’ Pals, including Tania Hershman, Sarah Salway and Zoe King.

A bit of judging, notably the Gladstones Library Flash competition, a panel effort,  with the editors of Flash Magazine (Uni of Chester), was lovely. And a bit of supporting The Bristol Short Story Prize, giving out the prizes and giving a short address - wonderful. Bristol was also the venue for a George Saunders event, during which he was interviewed by Nikesh Shukla, back in May.

Teaching always takes a place at the table. Workshops have been great, giving the odd talk also great, especially to writing students at Lancaster and Brighton Universities- but the best thing this year has been mentoring. This was a  professional working relationship brokered by New Writing South, and it was a huge privilege to mentor a terrific writer for nine months, a novelist who wanted to pull together a collection of short stories. Tick!

A good year - now on to 2014. What am I most looking forward to? Finishing ‘Kit’ and thus getting the renowned ‘dreadful second novel’ everyone waits for, out of the way. Having 'nothing' on my plate for a while while I think about what I really want to do next, creatively. Readings and other events already organised include Oxted Literary Festival in February, another exciting gig in London in March. A ten day novel-finishing (please!) retreat at the unparalleled Gladstone’s Library also in February, and poetry poetry - I’m exploring being mentored, myself - very exciting. Definitely off to Ireland in October for a week’s poetry at Anam Cara. A weekend at Cambridge with SWWJ in April, also judging a competition for them, on the theme of war, off to the brilliant International Conference on the Short Story in Vienna in July, and judging a short fiction competition for Cinnamon Press later in the summer- I will be busy.

I wish everyone who reads this a very Happy New Year. Lets hope it brings fresh ideas, the calm to explore them, a few exciting storm clouds punctuated by flashes of brilliance.
Posted by Vanessa Gebbie at 08:48