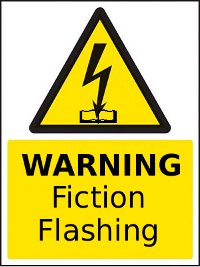 Happy First-Ever National Flash Fiction Day!
The story goes like this. A couple of years back I was due to give a talk at the NAWE conference, on flash fiction writing. It struck me that so many of the writing teachers there were no longer writing - because of pressures of work, so I decided to make my session a writing one - an hour or so of returning to our creative roots.
It went down very well. I used the opening like of ‘Plaits’ one of Tania Hershman’s flashes, as a prompt, for one exercise - and the results were simply amazing.  Several read out their flashes - including a blond bloke sitting by the window.  Amazing stuff. At the end, this blond bloke came up to me to say ta, and he was almost shaking - ‘I havent written for almost ten years..’
That was Calum Kerr. Nuff said! 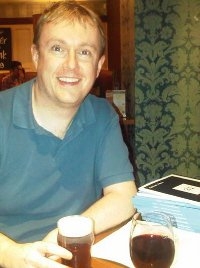 Here he is - a man of extraordinary creative energy, who has among other things, and whilst working at his day job...produced '31' a book of flashes  done an amazing flash a day for a year in Flash 365,  and whose work has been broadcast on BBC Radio 4... but also, who loves this thing so much he decided to have a liitle celebration, and called it National Flash Fiction Day.
It kind of caught on! Seems to have grown a bit, with events not only in his home town, but all across the UK, and in Ireland, and even as far afield as New Zealand! 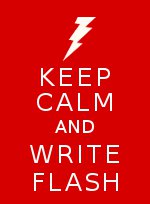 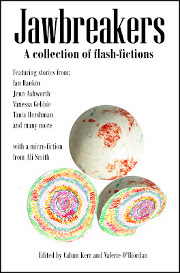 Then there's JAWBREAKERS!  The first ever National Flash Fiction Day Anthology, and contributors include Ian Rankin and Ali Smith, Tania Hershman and Dvid Gaffney - and moi, natch! The full running order looks like this:

Stunning book! Available from NFFD  website - all the links are up there,
and in kindle format from Amazon -