A visit from Nuala Ni Chonchuir and 'Mother America' 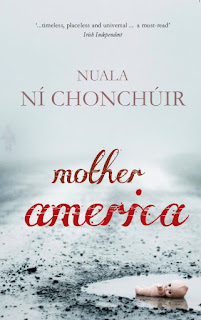 Lucky me - a visit from Nuala Ni Choncuir, to celebrate the publication of Mother America - her newest collection of short stories. And we are  even more lucky - here is one of the stories, and just for us, a look behind the scenes at the writing of this piece. 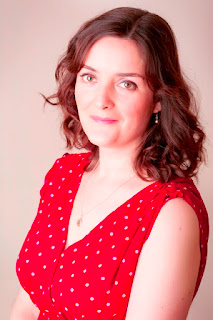 The cold in Manhattan is a cold I have never felt before. Wind shoots up the slits of the avenues and settles over everything like a shroud. Then it snows and the umbrella man on our corner changes his sing-song from ‘It’s a-raining a-cats and a-dogs’ to ‘It’s a-snowing like a-Christmas.’
‘You have single-handedly made this man rich,’ Thomas says, but buys me another umbrella anyway – a candystriper – and I promise not to lose it.
The umbrella man grins and says, ‘It’s a-snowing like a-Christmas, lady, hah?’‘It is,’ I say.Thomas looks like the Child of Prague. He has that same prissy superiority and baby-blond hair but, in a way, this is what I like best about him. His sweet looks make up for other things. Lacks.We battle down Eighth Avenue, tucked under the umbrella, and are assailed by a crowd that rush up from the subway, like people fleeing a war zone.‘Jesus H. Christ,’ Thomas says, stumbling to get out of a man’s way. ‘Watch it, buddy.’I cling to his arm and we push on. I watch my boots disappear into the snow with each step and listen to the chug-and-sump they make, audible even over car horns and sirens. The snow muffles the city’s usual clamour and I welcome that. I am from a quieter place – a country of villages, where the odd tractor makes the biggest noise, and the buildings do not try to suck the breath out of the sky.Thomas claims not to believe that my home place has seven pubs, but only one church and one shop. ‘I know you guys can drink but seven pubs. Why?’I answer this with a shrug; he requires nothing else.The snow dazzles my eyes though it makes the air dark; it drifts and squats. Snowploughs plod up and down the island, shoving snow along in small, ineffectual loads. I could stride easier if Thomas would let me go but he wants to keep me close so, wrapped together under the umbrella, we perform a shuffle and dodge down the avenue. His arm around me is stifling; I am like a nestling trapped under its mother’s wing. I pull away from him and walk a little ahead, letting snowflakes melt in my hair. Thomas shakes the snow-coating off the umbrella.I reach the corner of 35th Street and stop to watch an SUV skirl in a magnificent arc on the roadway. Passersby cry out, but I am mesmerised by the beauty of the skating car and I stand and gawp, even when its bumper is nearly upon me. Thomas leaps and pushes me into a snow bank; the car clips his leg. He winces and curses. There is a gash and blood but he says, ‘I’m OK, I’m OK.’The waiting room is warm and empty. Thomas parks me next to the radiator and I place my gloved hands on it and watch vapours rise. He checks the tear in his jeans and wads tissues against the cut. A nurse hands him a bandage; she stands over him and tut-tuts.‘Goddamn snow,’ she says. ‘What is this weather about? I got chocolate bunnies in my bag!’My name is called and we enter the room. I lie on the table and the doctor takes her wand from its cradle; she smiles at me and asks if I’m ready. Thomas holds my hand and we turn together to face the screen. Our child is there, a pulsing egg; he sends out his slow, sonic whirr to us through the blizzard that surrounds him. We hear it and catch it and take it home with us through the snow.

and now....Nuala tells us a little about the genesis of this story...
The Making of a Story – ‘Easter Snow’
I tell myself that I can’t work off prompts. And that is probably true in a broad sense – I can’t force myself to be inspired by something just because it is sitting in front of me. But sometimes a deliberate prompt hoves into view and it clicks. So it was for the story ‘Easter Snow’ in Mother America. I read about a short short story competition (flash, if you prefer) with the theme ‘Take a Leap’. It was in honour of 2012 being a leap year but entrants were encouraged to interpret the theme.
I already had a first line banging around in my head: ‘The cold in Manhattan is a cold I have never felt before.’ This is the way my stories often begin: a sentence or phrase rattles in my brain until I write it down and see if it will lead anywhere. I’ve been in Manhattan in winter – the wind would peel the lids off your eyes. I haven’t been there during snow, so I looked up some YouTube videos of a snow-clad New York. Then I remembered an umbrella seller’s call I had heard on 5th Avenue: ‘It’s a-raining a-cats and a-dogs.’
There’s a lovely song by Christy Moore, ‘Easter Snow’, inspired by a slow air of that name by Seamus Ennis (‘Oh, the Easter snow...it was so rare and so beautiful’) and that gave me my title. And what is Easter symbolised by but eggs? And what are eggs a symbol of but birth and new life? So all this becomes a thought process and a binding together, and the story emerges above, around and with all these disparate thoughts and memories. They eventually blend into something coherent. One hopes.
I’ve had six pregnancies, three of which I lost, so I have a lot of experience with ultrasound tests. When things go right, it can be the most uplifting experience in the world to see an ultrasound scan with a beating heart. I wanted to end the story on that high note.
As for the prompt, ‘Take a Leap’, it is small within the story but also crucial: by taking a leap and a blow for her, Thomas proves to the narrator that he is worth being with. She decides to take the leap into parenthood with him. So, ultimately, it’s a story of faith and fate. With a little bit of Ireland, and a little bit of Manhattan, and some Easter snow too.
‘Easter Snow’ won the Take a Leap 2012 flash competition and was first published in the Take a Leap e-anthology

BIO
Nuala Ní Chonchúir is a short story writer, novelist and poet, born in Dublin in 1970 and living in Galway. Her third poetry collection The Juno Charm was published by Salmon Poetry in 2011. Her fourth short story collection Mother America is out June 4th from New Island. Nuala’s story ‘Peach’, in the Winter 2011 issue of Prairie Schooner, won the Jane Geske Award and was nominated for a Pushcart Prize. www.nualanichonchuir.com
Posted by Vanessa Gebbie at 23:52